According to the Ombudsman Service, this steady increase in the number of complaints since 2015 can be partly explained by the higher amounts of energy bills, but also by certain dubious market and sales practices, which are becoming more and more common.

The complaints received in 2017 were mostly related to:

Here is a graph illustrating the evolution of the types of complaints between 2012 and 2017: 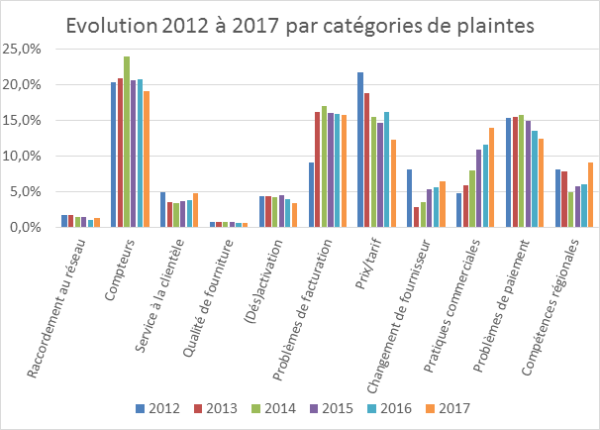 Finally, the Ombudsman Service continues to advocate for a uniform and understandable energy bill, so that customers (residential and businesses) can better evaluate and compare agreed and billed prices, tariffs and discounts.

The Energy Ombudsman Service will publish further information on dispute resolution, recommendations for each energy company and policy advice in its annual report, which will be submitted by May 2018 to the Federal Minister for Energy and the Parliament.