According to the Ombudsman Service, this increase by 31% (+ 1,315 complaints) is mainly due to a number of policies that in 2015 and 2016 caused sensitive price rises in the electricity bill, especially in Flanders, such as the VAT increase from 6 to 21%, the abolition of the free kWh of electricity in Flanders, the increase of the Flemish Energy Fund contribution to €100 for low and average consumptions and the evolution of the distribution network tariffs. 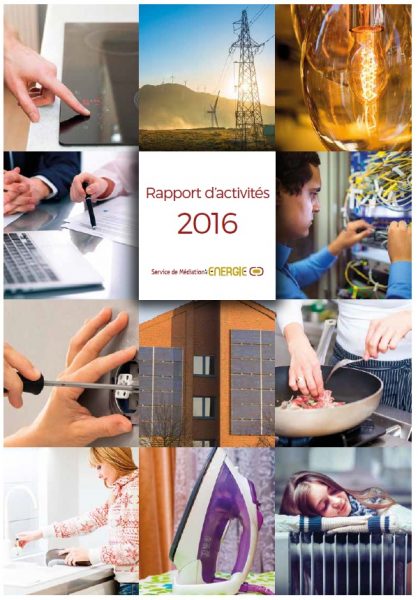 The complaints received in 2016 were mainly related to:

In 2016, the Ombudsman Service also handled a number of specific types of complaints, that is, disputes regarding:

Of the complaints that were admissible (43% of the complaints), 60% were closed by the Ombudsman Service and 77.8% ended with positive results through an amicable agreement or arrangement.

The files closed with a positive outcome resulted in a total amount of €383,518 in financial compensation or rectification, or an average of €224 per closed admissible complaint in 2016.

In all, the Ombudsman Service formulated 122 recommendations that were related to the following subjects:

In order to remedy these specific issues, the Ombudsman Service has formulated a policy recommendation to the federal ministers responsible for energy, Ms Marie-Christine Marghem, and consumer protection, Mr Kris Peeters.

With this policy recommendation, the Ombudsman Service is asking for the improvement and reinforcement of the Consumer Agreement for the energy sector by: