Social vulnerability, territorial sustainability and basic supplies at the centre of the attention of the Catalan Ombudsman in 2016 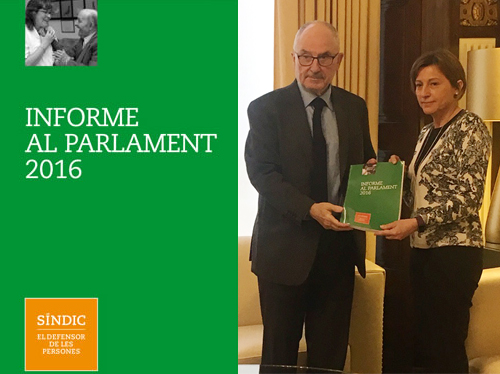 On 1st February, the Ombudsman of Catalonia, Rafael Ribó, submitted to the President of the Catalan Parliament, Carme Forcadell, the Annual report 2016 and a summary of all resolutions issued, which are available on the Ombudsman’s website www.sindic.cat.